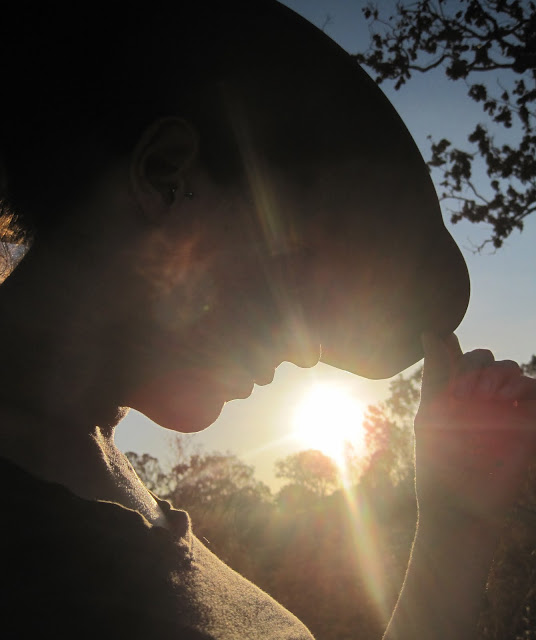 Today I stood on a snake. A long, skinny, thing with a tiny head. The cook thinks its a certain snake that's the deadliest in Australia. At the time I was wearing bloody flip-flops, so I think one of my nine lives was used up right there.

Tomorrow will be a very special day. Its my 88th day working on the cattle station and holds special significance to many a backpacker in Australia.  Because after this day is worked, I'll be eligible for my 2nd year working holiday visa.  I've got to say, I'm pretty happy this day has come and that all the hard work was worth it. Don't get me wrong, there have been other benefits to living away from the rest of civilisation; experiencing another way of life, saving money, eating well and resting up. If it was all about the visa, I wouldn't be staying the extra month.
And yet its a weight off my mind to know I will still have time on my side if I decide to stay in Australia another year, which, lets face it, is pretty likely.  I also feel I'm enjoying the space in the outback to the full again because its not long until that's all gone again.  I love picking a red dirt track to walk down and know I won't meet another human along the way. Over the last few walks I've took a few snaps of  Walla-rues but there just not coming out clear enough.  Grrrrr.

At the weekend I received a parcel from home,  a collaboration between my Mum and middle sister.  Among the assortment of chocolate (Dairy Milk really does taste different here), socks and other items was a book called 'One Day' by David Nicholls.  I read the book over two days sitting out on the veranda.  From it came my favourite line,


"..If I could give you just one gift ever for the rest of your life it would be this .
Confidence.
It would be the gift of confidence. Either that or a scented candle."
I also got the new album from Kaleidophone, which has been great to listen to and I'm glad to see the guys are doing so well and all their hard work has created a beautiful album. 'Wrecking ball" is my favourite of the moment.
Posted by Unknown at 18:09 No comments:

It has come to my attention that I really haven't been making the most of my surroundings. And so, I've begun  taking a walk everyday through the paddocks.  On one of these walks I came across a wallaby. Luckily this little guy was too busy eating to see me and i was able to sneak up pretty close before he realised I wasn't a tree/shrub/termite hill and skipped off. I had no camera to hand but it was great to see one of these wild little guys from the front.  There are quite a few around here, along with Kangaroos and do you think I can ever get a clear pic of the buggers?! Only two minutes later I spotted a wallaby pretending to be a tree/shrub/termite hill as he'd spotted me first.   These are the things that interest me now, whether I meet a wallaby...OK...think its time I go to town.

Here a few snaps taken on my bush walks after work;
﻿ ﻿

It's cattle, but not as we know it

Its been almost two and a half months since I arrived at the cattle station and life has been a lot more comfortable than expected. First off there's wireless Internet access, which came as a relief. Second, the station cook is amazing and even though beef is the dominate staple (obviously!), we do have breaks now and again. His prawn pizza is a personal favourite. Thirdly, the people out here have so far, been of a good sort. And finally, after five months in a dorm room I have my own room with a/c!!!

When I first arrived the wet season was still looming. It was hot, humid and rained every day. Now I'm experiencing the dry season; cold nights and early mornings, with it heating up during the day to around 30 degrees. The skies are nearly always clear.

I still cannot get my head around the size of the station. At some parts the terrain is so harsh it can only be access via aircraft. Which brings me to my favourite things about station life: that helicopter. As most of my work is on the homestead premises, I don't get to do too much of the cool stuff. However a couple of times I've gone up and it's been breath taking. You get to see so much and really see how big the bush is. From up high you can also spot the wild horses and donkeys, which there are tonnes of! Farming is just completely different to how it's done in England and it's all the more interesting for it.  At home cattle are like pets compared to the feral ones living on this land.

Favourite experiences so far have included;
• watching the cattle do their thing in the yards. Note to self, a White t- shirt in such a dusty place is not the smartest idea...
• Throwing fire bombs for annual bush burning from a helicopter
• Getting behind the wheel of a vehicle again, even if it is about 10 times the size Of any other vehicle I've ever driven. God love land cruisers.
• A goose getting killed by a python. Don't feel sorry for it. He was a dickhead.


And the not so great...
• I have a lot of time on my hands. I'm out of books and ideas. I've also taken the opportunity to stop drinking for three months, which has been good for my liver, but would make the hours go quicker. Still only 13 days to go!!!
• Trip to the doctor due to infected wounds and tonsillitis.

So here's a few pictures of the station...